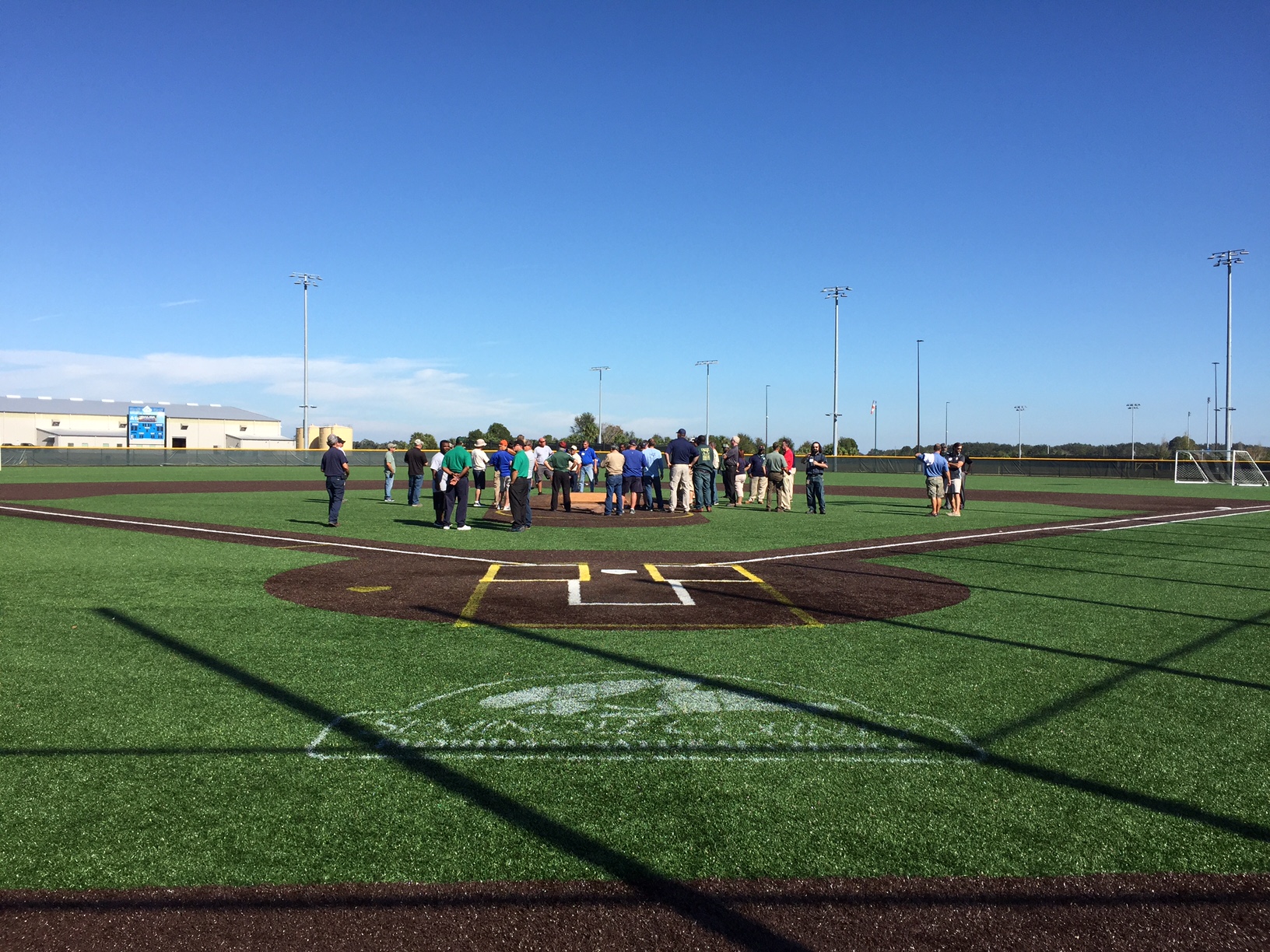 The Central Florida Sports Turf Managers Association recently held it’s fourth Chapter Meeting of the year December 7, 2016 at the Seminole Sports Complex.  CFSTMA began the year’s Chapter Meetings at Disney’s Champions Stadium, followed by a meeting at the Tampa Bay Buccaneers Training Facility, then the summer meeting was hosted by Orange County Parks and Recreation at Barnett Park in Orlando, the fall meeting was held with the Washington Nationals at their Training Facility at the Space Coast Stadium in Vero Beach.  All meetings were well attended with well over 60 attendees at each meeting.  Topics from cultural practices such as core aerating, to fertilizer application, to irrigation system operations, to plant pathology were discussed while providing attendees the opportunity to ask questions in a supportive open environment. 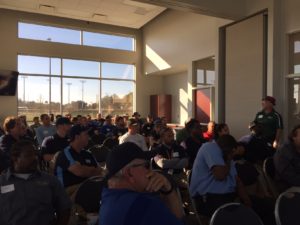 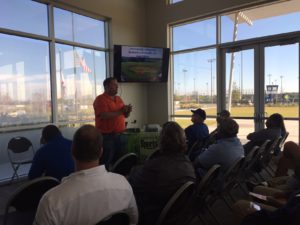 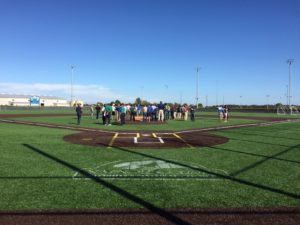 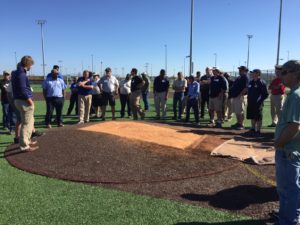 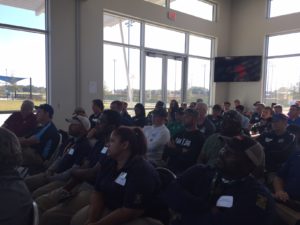 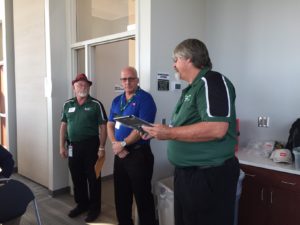 Dr. Jason Kruse of the University of Florida, Assistant Professor of Turfgrass Science discusses rye grass identification and planting practices while the grounds crew provides an informative tour discussing the of care and maintenance of artificial turf as compared to natural turf.

Also, bi-annual elections were held installing two new board members, the V.P. of Commercial and the Secretary replacing Bill Johnson and Mark Miller respectively.  The President, Vice-President, Treasurer and Vice-President of Education were re-elected all board members serve two-year terms through 2018.  Click to view list of 2017-2018 Board Members.

Thanks to Our Sponsors